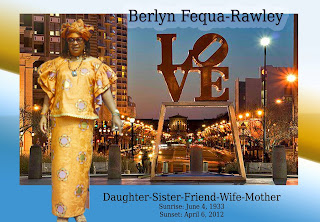 Let me begin by thanking all of you for your heartfelt wishes of love, peace and happiness on this day, Sept. 23, 2015.

Today, I complete my 64th rotation around the sun. Having returned to this planet for the ntheenth time, I must admit, it has certainly been a journey. I remember many of my past lives, but certainly I am in full memory of this one. The ups and downs the challenges and glories, the friends and family that I have experienced along the way.
I want to acknowledge all who made it possible.

My Mother, Berlyn Fequa Rawley and all her Ancestors!
My Father, Matthew Perkins and all his Ancestors!

I want to acknowledge the Divine and Righteous Forces that have helped me and my family along the way. I am so appreciative and grateful for their Divine Assistance they have afforded me, sometimes in my darkest hour.

I want to give a special shout out to my SOUL that decided to incarnate at this very unique time in the history of our Planet and through a very unique vehicle that was certainly gonna show it, what being human is really all about.

Most of All, I want to give a huge shout out to the Power, Divine Source, the Isness that made all this happen and then some!! It allowed a little spark of light emanating from Itself to find a home in this physicality.

I don't fully know my birth story. I really wish I did. I encourage everyone to find out their birth story if at all possible. It has a way of grounding you and giving you a sense of "Self" and how you came here. It can be moving, surprising, uplifting and if nothing else, very, very interesting.

Birth is a magnificent thing. The females of the planet have been given the power and awesome responsibility to keep the species from extinction. There's no slighting the impact that the males have, but, truly, if HUMAN females refused to let another being take up residence in their bodies, humanity would cease to exist, so Honoring the Mother is extremely important to the survival of our species.

Today, we see little regard for women. The many abuses that are rendered unto her through the media, politics, economics, education and personal relationships is sometimes horrendous, but she survives, she thrives and she triumphs.

I wish to honor my Mother, Berlyn Fequa Rawley,  who was born in Staunton, VA, in 1933. She did it, even though I don't know all the details, she did it, or else I wouldn't be here in the physical flesh. I want to stop and let her know that I appreciate her "labor" of love to bring me through her loins. I want her to know that today, I honor her flesh and blood that she sacrifice for my existence. And whatever misunderstandings that we may have had, that my heart is full with forgiveness, cause quiet as it's kept, I could have ended up a swimmer like some of the others.

I don't know what her pregnancy was like nor do I even know what her labor was like. All I know is she had me. So I can assume that she carried me in her belly for nine months, while I grew and fed off her energy. I was incubated in her womb like a parasite, I am sure I took great advantage of my warm, wet world.

She was always a rebel, a force to be reckoned with. During her mid teens she was sent to live in Wilmington, DE, with her Aunt Mag. My mother had an affair with a married man, Matthew Perkins. He was a charming man, who delivered the mail. I would imagine he charmed her panties right off, cause here I am. I don't know much about him, only saw him 5 times maybe, in my life before he committed suicide at the young age of about 65 or so.

When my mother became pregnant she was 17 years old and still in high school. Once they found out that she was pregnant they wouldn't let her walk down the aisle, though she did complete her studies. What a difference a day makes, imagine that happening now, in 2015!! Pregnant teens get to go to school and in some schools have daycare for their young.

My mom moved to Philadelphia, she must have started her traveling at that time cause she never stopped moving from place to place, house to house, town to town till her dying day. She found a Jewish lady whose children she cared for. I think the lady had two or three children. She was really kind to my mother and she told her that if she had a girl she would name her after her. So when I was born, I was named, Sybil Denise Fequa. Now, I don't know about you all, but when you have a name that gets folks to talking you often wonder, what the hell, why did they give me that name??? I must admit that it took some getting used to. All through grade school I was the brunt of so many jokes. But in college it paid off, since it was so unique as its carrier, I became quite popular and the President of my Freshman class!

I carried that name till I was 25 years old. But I realized later in life, that names are very, very spiritual, and though they may seem odd to the neophyte, a certain spiritual connection was made and that was an urging from the Soul that knew what it wanted to me to be called and made sure that, when the time came to name me, my mother had a "feeling" about that and so it was. I don't know where "Denise" came from, and I later found out that "Fequa" is just another version of "Fuqua" which is quite a well known name in some circles such as sports, entertainment and politics. Now ain't that something. We have our maternal Grandfather, Robert Fequa (Fuqua) to thank for that.

All in all, it has certainly been a journey this go round.
I am grateful, I am thankful and I am extremely blessed to have taken this journey with all those folks who touched my life along the way.

My message to you today, is if you don't know your birth story, try to find out if you can. Ask questions about the time when your mother was pregnant with you and what her labor was like. Remember, it really is her birthday, and if you are able, send her a birthday card, and tell her, how much you appreciate the fact that she did what it took to make sure you got here. I don't care how old you are, make sure you remind her, that it really is her birth day for it was she who gave birth to you!

I also encourage Mothers to tell your children, each year, their birth story. It does not matter if they wish to hear it or not. Sometimes they may think we are trying to make them feel guilty, but what it does is it brings them back to those moments before they got here. It makes them appreciate the miracle of life, the miracle of birth. It gives them something to reflect on as they have their own and it reminds them to be grateful for the sacrifice that was made to bring them here. 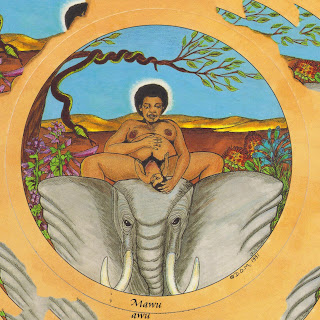 Having a birth day is much, much more than a celebration of physicality that we now have. It is a spiritual journey from one realm of existence into another through the loins of a woman, who allowed this to happen to her body. It is a spectacular time for giving reverence to whatever spiritual connection you may have. It is the one thing that makes us all the same… It is the thing that connects us to Divine Source in the most spectacular way. It is the acknowledgement of the Goddess in her full creative act of creating, of providing a passage way, of bringing life forth from her being! Now how magical is that??

In closing I say.

HONOR YOUR MOTHER ON YOUR BIRTHDAY
AND
EVERY DAY THAT YOU LIVE!
THANK YOU, MOM
Posted by Nana Baakan Agyiriwah at 3:11 PM No comments:

How are you doing, I hope you are doing well.
I am happy to announce that Nana's Consultant Services has been awarded "Best of 2015" by Thumbtack For Professionals. I am sincerely grateful for any of you who have left a review. 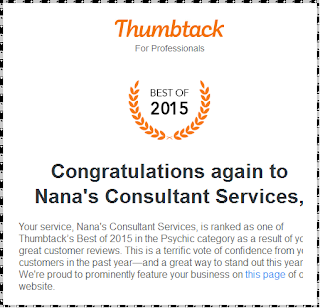 Your feedback about my services is what has placed Nana's Consultant Services at the top of the "Best of 2015" list. So thank you soooo much, and if you haven't had a chance to leave a review please click on the link below. You can leave your feedback right there!

Just click on this link
Review Nana Baakan Agyiriwah - Thumbtack
Or paste this url in your browser
https://tack.bz/2eZfP

Thumbtack.com is a service for professionals. You sign up, create a business profile and they will send you requests for your services as they come in. They ask for a few things to verify that you are legit and I think it's only operating in the US at the moment. But you might want to check them out if you are seeking alternative streams of income.  Here's the link.. https://tack.bz/2jb1S

Now for the really good news!!!

As a show of my appreciation, I am offering the following  Specials to anyone who makes an appointment before Sept. 12, 2015. It will have to be on a first come first serve basis as there are only so many hours in a day. Just for comparison, my typical fee is $75/1.5hrs. As you know I use my intuition and the I Ching Oracle System. But I also use pictures. It's called Psychometry so you may want this option if you are attempting to contact a loved one who has made transition. I also do dream interpretation. Check out the offers below and contact me, ASAP! 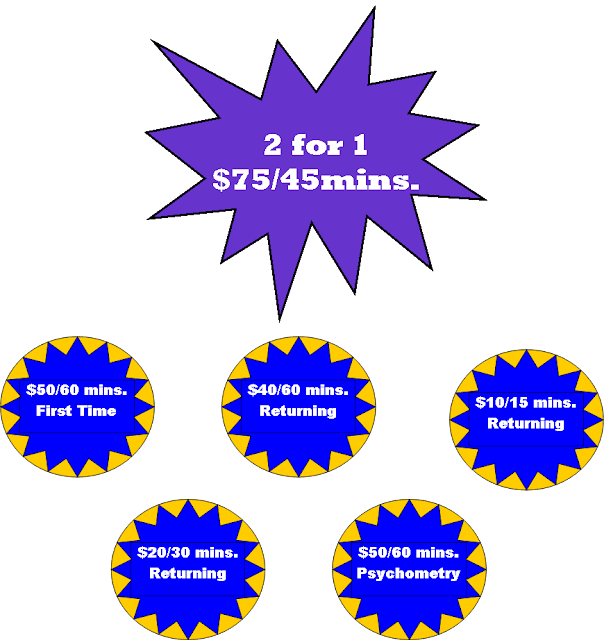