"I remember som'e writing about this in some other work; and it makes complete sense. my only question is for example, take the case of "L" here who developed intense "post traumatic stress" from witnessing  ongoing violence at home  when she was a baby and child. so is the experience of the violence the necessary divine experience so that the ancestors could use her as a healer, making her emotional open as a result of the experience. Or is the violent experience a suboptimal experience that then "opens" the way for ancestors to come and utilize her?

In either case, how does one inform someone, say, "L" about the possibilities of this shamanic process. real talk" SMR

Trauma causes a split in the psyche. Imagine the psyche as an electromagnetic frequency flowing from the “brain” into the Universe, like a long cord of energy. What trauma does is cause breakages or blockages in that frequency. When there is a breakage, it opens a space in which other energies can enter. Couple that with the fact that most people are outside of their bodies during the traumatic experience.

While outside or when there is a breakage other energies can enter and effect the mind and affect the emotions of the traumatized person. In some cases the breakage can be repaired without outside assistance, in most cases there is a need for some help and assistance for the traumatized person. If the assistance does not come from the physical plane, i.e., counseling or mentoring, the person’s psyche may attempt to heal itself but this may not be as successful, it does depend on each individual. 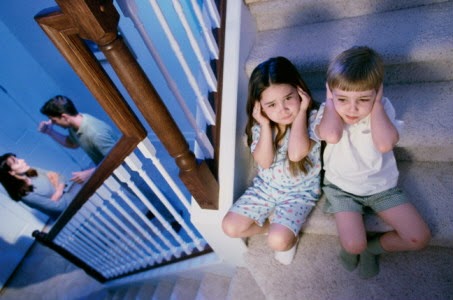 Nevertheless, the breakage and/or opening allows for other entities good and not so good to enter. In our African spiritual traditions we find that the “gods” come or possess quite strongly when a person is distressed in some way, mentally or physically. In this instance they come to heal the person, and the Africans know this and allow the person to go with the energy of the “god” and let it fill their bodies to cure and heal them.

Western culture does not allow this, particularly when they prefer to medicate or suppress the energy of these entities. They don’t understand the mechanics of it, and in many instances these people end up in insane asylums. Malidoma Some' may be calling them healers because in his tradition as it is in Ghana, when a person is mounted by a “god” the “god” is calling them to service.

Another aspect of this is blockage that may also occur during a traumatic experience. That may be two or more entities attempt to come in or non-productive energies come in and this alters the normalcy of the individual psyche and may lead to personality disorders such as schizophrenia, bi-polar, manic/depression, adjustment disorders, ADHD, ODD, etc. Depending on the energy of the entity, determines the manifestation of it outwardly through the individual.

When I first started my journey into African traditional spirituality, an Obatala Priestess told me, that many people in an insane asylum who appear to manifesting other than their own personalities are simply possessed with some “spiritual entity” and given the right rituals they could be “cured” or managed so that they can understand what’s happening to them. She pointed out that, for those who have eyes to see, the certain repetitive mannerism, facial expressions and bodily gestures point to the presence of a certain deity. I have often said, that at a spiritual ceremony, where people are possessed, if you turned off the African drumming you would think you were in an insane asylum due to the numerous repetitive sounds and gestures that the people do during a visitation.

Definable insanity is not always present to the point of needing to have the person committed. Addictions, anger, extreme passions, severe depression, psychosis, neurosis, paranoia, sociopathic and psychopathic behaviors often escape notice till the person does something extremely harmful to themselves or some one else. In other words, we are all a bit “touched” we just are able to manage our lives in a somewhat sane manner.

So, in the African traditionally spirituality, the so called Shamans know that something has caused a trauma for the person and therefore opened them up to have a visitor, or other entity take over their physical body. What they then do is determine what spirit it is and attempt to communicate with it. If it is an amenable friendly spirit, they engage it, ask its mission and allow it to do its healing work. If it is not, then they do a ritual to get rid of it. Whatever the case may be, the fact that the person was able to carry another spirit inside of them is a sign that the Ancestors, gods, etc are able to penetrate that person psyche. To them, anyone who can be penetrated is a healer because now they can use that same space to help others. In other words, they can learn to consciously “separate” and go into the other realm, commune with the Ancestors or beneficent entities and bring the knowledge back to the community. Thereby, helping and healing the community. That takes training. And while many people may have experienced trauma, that does not mean that they are psychically in a secure space to do healing and/or entertain other entities in their psyche.

Malidoma Some' did not explain all of this because most folks reading it would not understand the mechanics of it and how it is done. In fact, if it is not done correctly it can send a person off the deep end, never to return again. Possessions of any entity are dealt with with the utmost of scrutiny, reverence, respect and control. So more than likely, that young man he spoke about went through some training to center himself and give him keys on how to handle it when he feels the “presence” of another energy within him.

As far as "L" is concerned, there is very little that you can do, because you have not been trained to deal with spirits. I also doubt if sharing this information with her will help her for a number of reasons.

All in all, the article barely scratches the surface of the entire situation of mental health and mental sanity vs mental disease and mental insanity on a spiritual level, but it is quite clear to those who know that there is a need in most cases to have some type of spiritual analysis done and then a ritual prescribed so that the true healing can take place and the person can be released from the distortion cause by the breakage or blockage and move towards their destiny of being a healer.

In Ghana, you will see the priests as they come back asking questions about where they've been, what they said, and how they acted. They will also feel a bit “off” from their normal selves, etc. In these cases the community is there to assist and help them travel back to the physical world unharmed. And even that takes training on how to handle someone who has just finished being possessed. It is a serious science with several protocols in place to as not to make a mistake and harm the person physically or psychically.

Let me also add, that this does not mean that from the African spiritual perspective, all healers have been traumatized in some way. Some people are able to separate from their physical bodies and commune with entities in the other worlds quite easily and upon request. But, in the case where the behavior of the individual is distorted, counter-productive, harmful to themselves and others, a closer look is taken, and rather than simply punishing them or committing them to isolation, they look for deep spiritual indicators. Some of these indicators may manifest as what Western Society calls Mental Illness when in the African mind-set, these distortions need to be addressed, analysed, placated or banished through rituals designed for this purpose.