Stop supporting the things that destroy us, the planet and all life on it. 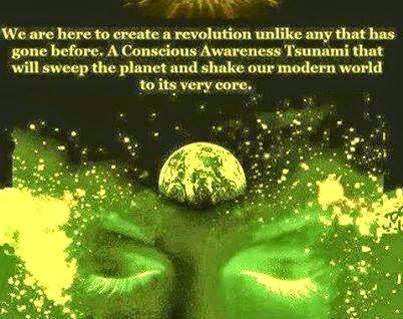 Let me begin with my most immediate reaction to this poster.
There are so many websites, blogs, articles and channelings that keep saying the same thing over and over again. It is like a rallying call, a promise of victory before the battle has even begun. The amount of saber rattling that is going on around this great so-called revolution is mind boggling to say the least.
It seems there is a bigger picture here that is being missed, glossed over or completely ignored. 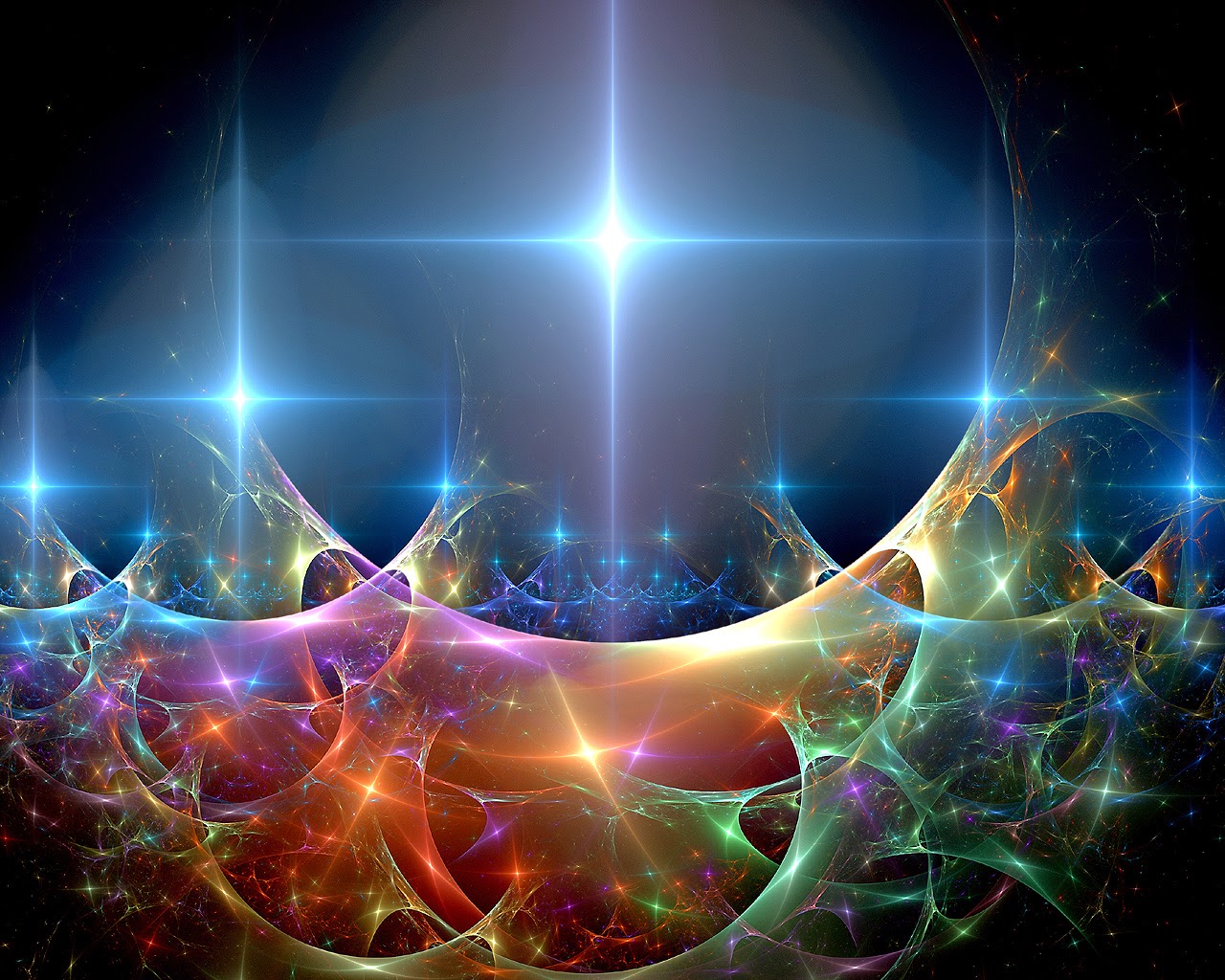 It's the individual work that needs to be done before a Great Revolution can happen. What are some of the things that need to be addressed other than long articles espousing "Dear Ones" and "Sweet Ones" and "Christ Consciousness" Ones, leading the path with St. Germaine, Gabriel, Matthew, etc. Lest we forget the Federations, Commanders, and Star Guardians. The work that each individual must do in their daily lives is enormous. The flowering words of hope and praise and assistance pale in the face of the everyday challenges that each of us face. It seems that human beings continually flock to saviors to snatch them out of their self created bondage.

Revolutions have come and gone in human history upon this planet. Some of them have actually made a dent in the total landscape. But, for the most part, Revolutions have only changed the face of the players. Why, because the revolution needed did not take place. That is, the internal change, the internal revolution did not happen. The Leaders of the revolution carried the weight for those who supported and followed them. But the supporters and followers continued to support and follow, not taking responsibility for their own actions but expecting those they support and follow to fix it for them. In this situation, a revolution is just window dressing. In this situation the revolutionaries become the oppressors over time and things rarely change completely. There is something about human nature that tends to leave the heavy lifting to the leaders while they shout and scream their support in the background. Leadership is tempted towards corruption and with the masses unwilling to do the hard work that it takes to create and maintain true change, the leaders give in, comply and eventually become corrupt as their forefathers and the ones before them.

Who has conscious awareness? 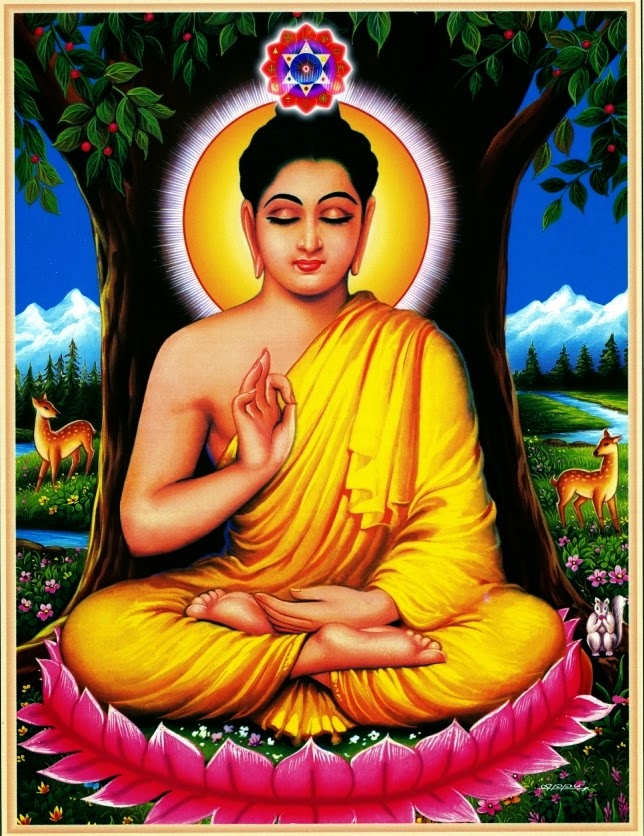 Who or what determines the necessary amount of awareness needed to create a revolution? What does the face of the revolutionaries look like? Young, old, black, white, muslim, jew, straight or gay, rich or poor? Is this awareness an elitist construct? Meaning that if you didn't get the memo, you will not be a part of the change. Can you wake up one morning complete with the awareness that causes revolutions from the day before of being asleep?

Conscious Awareness is a 24-7 Job/Activity
If people are lazy, or complacent, then the work of becoming consciously aware is stymied to some degree, but then again, maybe not. Maybe this time around, the work is done on a more subtle level. Maybe the drunk homeless man is more consciously aware then the buttoned down suited man going to his corporate office job every day.

In the realm of conscious awareness, is there a place for the so called not so obviously aware folks? The people who don't fit the preconceived profile of what an aware person looks like. Could it be the gardener, the trash collector, the mentally challenged? Why does it seem with all this awareness that the 144,000 are subliminally indicated?

How many of the so called Consciously Aware folks are willing to unplug from the Matrix?
Of all the contentions around this paradigm shift to conscious awareness, it begs to question, how many who speak these terms are aware that part of this has to do with unplugging!! Is it a matter of unplugging from the Matrix of the hive mentality; the following the herd towards conscious awareness or oblivion.
How many of these lauders make claims around how this awareness needs to be arrived at, for the most effective revolution? Or are they appeasing that innate human condition that wishes to follow unquestioning and do little in their own personal existence to make changes. The Revolution won't be televised because it won't happen on television. It has to happen inside of each person on their journey by their means.

Let's Look At the word Tsunami

Tsunami
From Wikipedia, the free encyclopedia
A tsunami (plural: tsunamis or tsunami; from Japanese: 津波, lit. "harbour wave";[1] English pronunciation:/suːˈnɑːmi/ soo-nah-mee or /tsuːˈnɑːmi/ tsoo-nah-mee[2]) is a series of water waves caused by the displacement of a large volume of a body of water, generally an ocean or a large lake. Earthquakes, volcanic eruptions and other underwater explosions (including detonations of underwater nuclear devices), landslides,glacier calvings, meteorite impacts and other disturbances above or below water all have the potential to generate a tsunami.[3]

A Conscious Awareness Tsunami in view of the definition of Tsunami has to indicate that not only the outside world around us but our inner world will be radically changed and/or disrupted. How much will be left and what emergency work will need to be done for recovery from such a wave? How does one prepare for such a hit of Conscious Awareness? How does one recover? And finally, after the wave has passed, do we go back to restoring everything as it was before or do we attempt to create a new paradigm and on what platform do we choose this?

These and so many other questions are what come to mind when such elaborate terms are used to describe what is "COMING" but hasn't gotten here yet. It concerns me that the "how to" part is always missing from the equation. If we are to arrive at this pinnacle of success, how do we get there without doing some serious internal work, some serious unplugging. If we talk about conscious awareness yet we do not change our behavior, our gluttonous lifestyle, our constant consuming, how will we become unencumbered and consciously aware?

Finally, the so called "MODERN WORLD"

What does this refer to?? What modern world are we looking at here? How does a Tsunami discriminate between worlds? Are we saying here that it's the modern world that will experience this Tsunami, and hence all the rest of the world will be "left behind" or out of the process? Does this statement give the Modern Worlders cause to pause or a feather in their caps that they will be privy to the Revolution? Does this make them feel superior to those who do not participate in the so-called modern world and all its ills. Is it the Modern World that will take the reigns of the entire Globe after the Tsunami hits since they are the ones who were part of the Revolution?

These questions and so many more plague my mind as I attempt to process the meaning of this post and so many other transmissions that have come out as it relates to the "Shift" and the changes that are supposed to catapult this planet into a new Paradigm. It does not appear to be inclusive. It appears to be elitist and exclusive of any one who is not part of the "group apparent". If you live in a village where there is no internet, no New Age Guru, no pamphlets and videos, does that mean you will not be a part of the "Shift"?

They speak of Love & Oneness, but how deep is this Love & Oneness? How pervasive is this ideal when it comes to the inclusion of all of humanity, no matter their station in life. When we speak of Conscious Awareness are we really consciously aware that there is so much work that needs to be done on our individual world, that a worldwide revolution will never happen as long as the personal one hasn't taken place. Can we truly unplug? Or at least, can we do as much unplugging as is humanly possible given the fact that we are hogtied to the modern world?