franz morhart Published on Mar 21, 2014DescriptionThe endless coverage on CNN (Clearly Not News) about the missing Malaysian plane is giving them a ratings boost — from a distant third place to a distant second place — so they are milking it for all it's worth. On Thursday night, HLN guest host Lynn Berry hepled CNN's sister network finally hit the low point in the coverage so far and also proved she didn't have a single ounce of human decency.
To top Don Lemon speculating about supernatural forces and black holes, Lyn Berry invited psychic Lisa Williams to discuss what she think may have been the fate of the lost airliner and the 239 souls that were on board that plane. First, Williams heconfessed. "I think any psychic who has hard, concrete evidence can't do their job correctly." But then she claimed hat she was just informed by the voices in her "witchy woo land" that the mystery behind the plane's disappearance will be finally resolved "within the next three weeks."
Right. And if I were to tape a paintbrush to a dog's ass and feed him chocolate, he wwoul draw a map showing exactly where that plane went down...Honest.


One of the biggest mistakes psychics make is to make predictions. There are too many timelines, too many probabilities and too many conflicting stories. 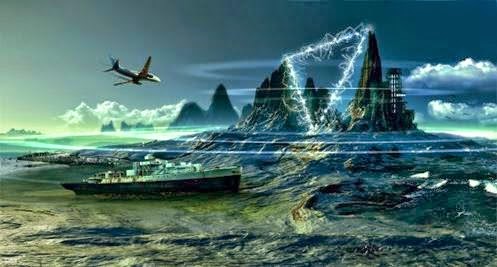 Everything is energy. If the collective conscious moves towards a certain agenda, it will manifest as an impression in the metaphysical world. Psychics must come to grips with this or they will continually discredit themselves and others as well. There is no need to give "hard" evidence as the Metaphysical world is not "hard-concrete-material" and like air there will be shifting of perspectives. The collective conscious wishes that the plane be found, they have entered their wish into the cosmic record, this wish is perceived by the Psychics/Metaphysicians and an image is given.

Psychics/Metaphysicians who understand this will decline to "prove" anything to anyone who demands that proof be given on their terms, that is physical and material terms. Once you limit your awareness to what is possible in the known physical world, you limit the outer realms and remain constricted by material physicality.

It is ironic to see human beings demand such "proof positive" when the same humans believe in enumerable unseen things from religious belief systems to a diagnosis given by a doctor who is "practicing" medicine. Human beings have emotions that cannot be measured with instruments. They simply are. In fact, psychologist and psychiatrists alike have huge diagnostic manuals that determine what pathology would emit a certain behavior, a behavior that is derived from a series of experiences and emotions that are imperceptible or immeasurable in a science laboratory.

When one enters the Metaphysical world to get some information on a particular topic, it would behoove them to keep in mind that "all" things are possible and are happening due to the fact that thoughts are things. If a Psychic is attempting to give "hard" evidence to those who do not understand the dynamics of the Metaphysical world, then they may do well by offering the querent a psychic tool for investigation such as the tarot, the I Ching, Astrology, etc. All of which can be challenged based on interpretation, but they offer the querent the option of drawing their own conclusions.

Being active in the Metaphysical Realm requires time, attention and commitment. It also requires that one releases one's hold on physical gratification and validation. This is a craft, like any other that needs to be developed and cultivated over many years in this 3d realm, as this 3d realm is suspicious and will filter and overshadow anything that comes in from the unseen realms.

Psychic Asked To Weigh In On Missing Plane is informed by the voices in her "witchy woo land"  http://youtu.be/csHLx5nvRus﻿
Posted by Nana Baakan Agyiriwah at 2:14 PM